Halloween Spending Expected to Reach Record His this Year

FOR IMMEDIATE RELEASE: October 3, 2016
CONTACT: James Miller, This email address is being protected from spambots. You need JavaScript enabled to view it., (850) 701-3015

Average Georgian expected to spend almost $83 this year on Halloween candy, decorations, and costumes for a nationwide total of $8.4 billion 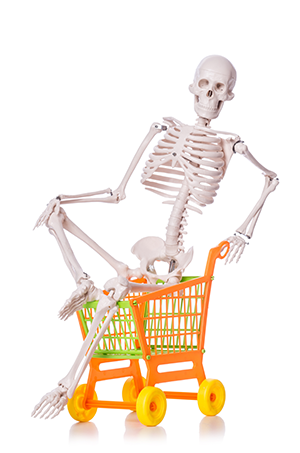 ATLANTA, GA – The Georgia Retail Association (GRA), the state’s premier trade association representing retailers for over 50 years, announced today that consumer spending on Halloween is expected to set an all-time high with the average person spending almost $83, up from $74 in 2015. Total spending nationally on Halloween is expected to reach $8.4 billion up from $6.9 billion last year.

“More families are making a bigger deal out of Halloween each year, with consistent increases in per consumer spending, which should make for frighteningly good sales figures for retailers this month,” said GRA President and CEO Randy Miller. “Savvy Georgia retailers will utilize sales and discounts on top of the increased consumer interest to help spur even more sales and separate themselves from their competitors."

According to GRA’s partners at the National Retail Federation’s Halloween Consumer Spending Survey conducted by Prosper Insights & Analytics, U.S. consumers are expected to spend an average of $82.93, up from last year’s $74.34, with more than 171 million Americans planning to partake in Halloween festivities this year.

When it comes to preparation, 71 percent of consumers plan to hand out candy, decorate their home or yard (49 percent), dress in costume (47 percent), carve a pumpkin (46 percent), throw or attend a party (34 percent), take their children trick-or-treating (30 percent), visit a haunted house (21 percent) or dress their pet(s) in costume (16 percent).

Searching for the perfect costume inspiration will lead consumers to sources such as online (35 percent) and in-store (29 percent). Social media is the fastest-growing influencer for the perfect costume, particularly Pinterest (17 percent), which has seen 133 percent growth since 2012. Some other places for inspiration include friends/family (19 percent), Facebook (17 percent), pop culture (16 percent) and print media (14 percent).

The survey asked 6,791 consumers about Halloween shopping plans. It was conducted September 6-13 and has a margin of error of plus or minus 1.2 percentage points.

ABOUT THE GEORGIA RETAIL ASSOCIATION Since 1961, the Georgia Retail Association has been working on behalf of the retail community to unite and pursue the common goal of creating the best environment for retailing in Georgia. Retail supports 1 out of 4 jobs in the state and is directly and indirectly responsible for 78% of Georgia's gross domestic product.

More in this category: « Independence Day Shopping to Remain High as More Expected to Celebrate This Year Valentines Day Spending to Decline Slightly, After a Decade of Record-Setting Increases »
back to top